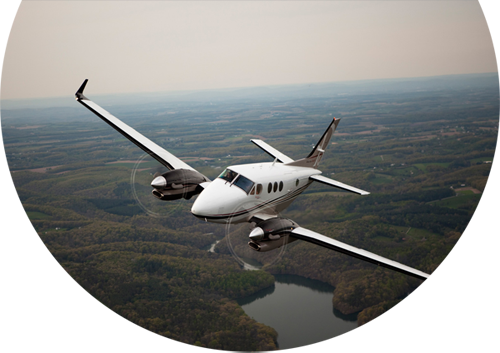 Beechcraft King Air C90 - a light multipur­pose aircraft equipped with two turboprop en­gines - was designed by American Beech Aircraft Corporation (now Beechcraft Division at Hawker Beechcraft Corporation). The first King Air 90 planes were a modified ver­sion of the Beech Queen Air Model 65, manu­factured in the early 1960s. They are equipped with PT6A-6 turboprop engines and were used in the US Army as a general purpose staff or transport aircraft. Early in 1966 the King Air 90 was displaced by the King Air A90 model, which had more powerful PT6A-20 engines. The A90 model was followed by the slightly improved King Air B90, and in 1970 came the King Air C90 with its increased wing span and maximum takeoff weight, more powerful engines (PT6A-20A), and improved cabin air conditioning and heating sys­tems. The King Air C90 has been so successful that over 1300 planes in different modifications have been produced since 1982 and are flown by airlines and private citizens around the world. Approximately 40% of these aircraft are the King Air C90 model - the most successful series. The King Air C90 uses two Pratt & Whitney PT6A-21 turboprop engines. The engine location, in-process noise and vibration reduction system, pressurized cabin and air conditioning system create comfortable flight conditions. The King Air C90 model is designed for people who value their time, enjoy comfort, and choose their expenses carefully. 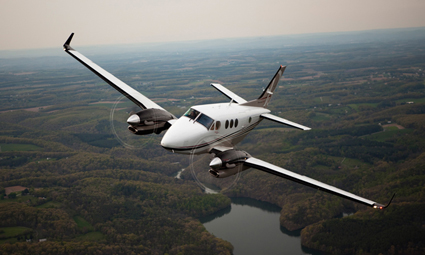 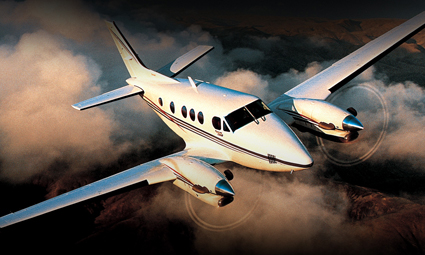 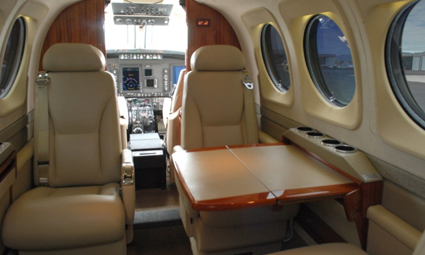 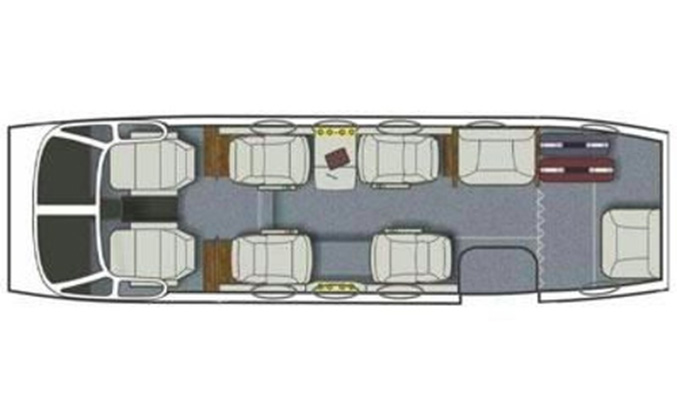