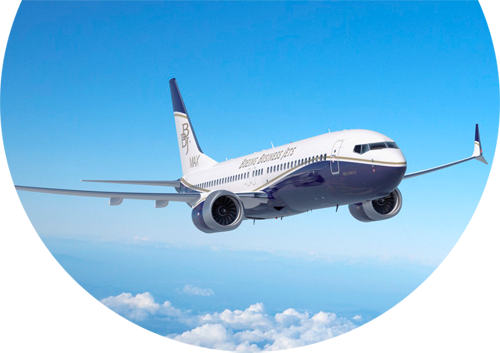 Get carried away in style

The Boeing Business Jet is the product of a Boeing and General Electric joint venture to create a high performing aircraft. The Boeing BBJ is primarily a 737 commercial airframe with modifications to provide for private jet service. The BBJ1 is based on a 737-700 airframe, with elements from the 737-800. The BBJ2 and BBJ3 are based on the 737-800 and 737-900ER series, respectively. All models include changes to the airframe regardless of the BBJ series. Design-wise, the BBJ closely resembles the B737: its low swept wing, under-wing engines, vertical fin and retractable tricycle landing gear. Making corporate, long-range missions possible, the BBJ2 utilizes nine auxilliary fuel tanks. The BBJ has a lot of interior space and baggage space. To get an idea of just how large the BBJ's cabin really is, it can seat sixty passengers in a high-density configuration. However, it is optimized for eight passengers, giving them plenty of extra space. The lavish interior features lounges, distinctive conference areas, a large lavatory with a shower, and comfortable sleeping accommodations. Long missions utilize a separate relief crew lounge. With a total cabin volume of 1,000 cubic feet, this aircraft gives most apartments a run for their money. The Boeing Business Jet offers competitive range, speed and operating systems in an equally large package. This ultra-long range corporate jet is ideal for businesses that require frequent but productive trips, offering the tools and space to work on the road. However, it is just as desirable to individuals who wish to travel large. 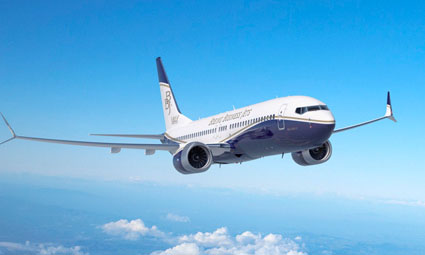 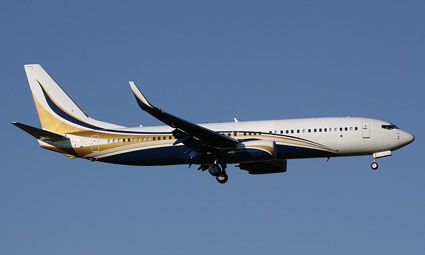 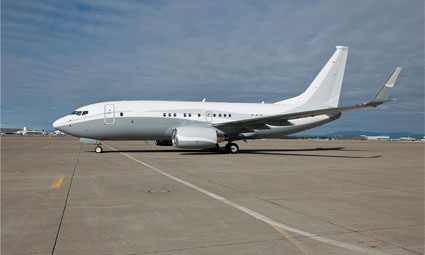 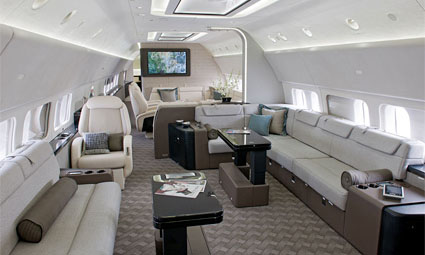