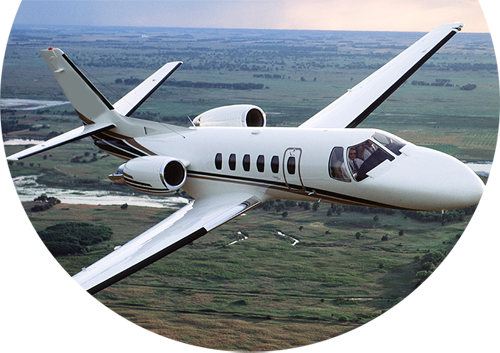 The sky has a new superhero

The Citation Bravo has a long range compared to other light-sized private jets and excellent short runway capabilities, allowing its owner to choose from a large selection of small airports. One of the features that sets the Citation Bravo apart from the competition is its comfort. The engineers designed the cabin to be very quiet, fitted with bagged insulation and an isolated interior shell to eliminate the low-frequency engine fan noise common in small private jets. Additionally, a secondary seal on the cabin door was added to cut wind noise. The increased performance of the Citation Bravo is largely due to the new Pratt & Whitney turbofan engines. They burn thirteen percent less fuel than the other engines in the series. Cessna’s engineers saw their potential and used them in the Citation Bravo. The cabin, which can be fitted to the operator's specification, has a standard seven-seat layout with four passengers in club seats facing each other plus three additional club seats. The cabin measures 1.43m in height, 1.48m in width and 4.75m in length without the cockpit. The nose, cabin and tailcone baggage compartments have a total capacity of 1.54m³. 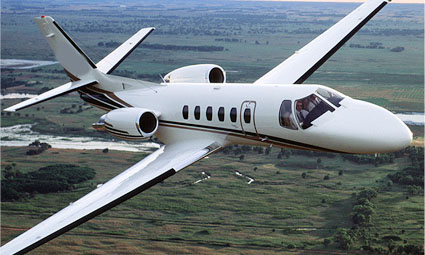 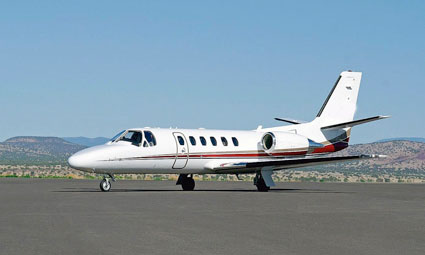 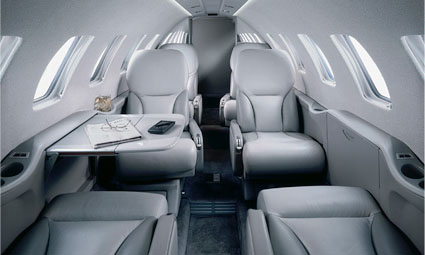